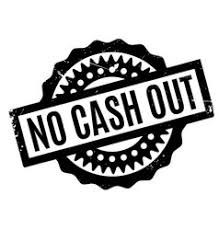 Since the advent of ‘in-play’ or ‘in-running’ betting opportunities, bookmakers have introduced the so-called ‘cash out’ option. According to bookmakers, cash out allows punters in a strong position to profit early – or, in other words, to ‘take their money and run’ – and those in a weak position to salvage some of their initial stake, before the event on which they’ve bet has finished. However, the cash out option benefits the layers insofar as it doubles the bookmakers’ edge, or overround, and balances their books at worse odds than are currently available elsewhere.

The cash out option is commonly associated with accumulators on football matches, with punters keen to avoid the all-too-familiar disappointment of being denied a decent return by the failure of a single selection. However, a football match, like any other sporting event offering ‘live’ betting markets, is subject to volatility in the odds on offer, especially in the closing stages, so cashing out is, at best, a double-edged sword for the punter.

Consider the punter who, in April, 2019, staked £1 on a 15-fold accumulator on football matches in England, Scotland and Spain. All his selections, including six away teams, won and, had he kept his nerve, his bet would have returned £24,641.22. However, the hapless punter pushed the panic button and cashed out early, for £14.32, denying himself £24,626.90 in winnings. Quite why, if he was that keen on winning £14.32, he bothered to place a 15-fold accumulator that took out over £24,000 in the first place is a question that only he can answer. In any event, his exploits serve as a shining example of why bookmakers are so keen to promote the cash out option.