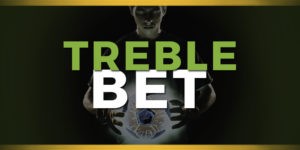 A treble bet (often simply called a treble) involves three selections. If the first result is a win, the returns are then the stakes for the second bet, and if that wins it all rides on the third and final bet. The potential returns of a treble are greater than a double (due to the increased odds and rolling over of the returns), but it also comes with an increased risk due to the reduced probability of all three bets winning. As with doubles an each way treble is also possible, where half of the stake does on being placed rather than winning a bet (well suited to certain bets, such as a horse placing 1st, 2nd or 3rd in a race). 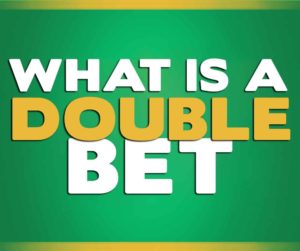