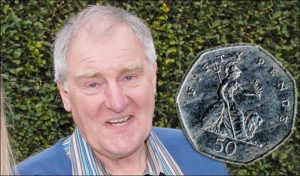 On his birthday in February, 2008, Yorkshireman Fred Craggs made history when winning exactly £1,000,000, for a fifty pence stake, from an eight-fold accumulator placed with William Hill. However, just over a decade later, in September, 2018, an anonymous Scottish punter from Leith, Edinburgh, also celebrating his birthday, took the well-known bookmaker to the cleaners again with a similar bet.

The small-stakes punter, believed to be in his fifties, placed a series of permed accumulator bets, each worth just five pence apiece, for a total stake of just £5.35. However, a comfortable three-length win for 14/1 chance Ascot Day in the Grace Harris Racing Handicap at Ffos Las completed an eight-fold accumulator which, in itself, yielded £203,969 for a five pence stake.

Of course, his eighth and final winning selection was critical, but the permed nature of his bet meant that many of the other permutations also returned major sums of money. All told, his total winnings were £682,282.14, believed to be the biggest accumulator payout in Scottish betting history and the third biggest permed accumulator payout in the United Kingdom, as a whole, behind two bets that benefited from the so-called ‘Magnificent Seven’, ridden by Lanfranco ‘Frankie’ Dettori at Ascot 22 years previously.

Rupert Adams, spokesman for William Hill, said, ‘It’s a bet that defies the odds beyond just about anything we’ve ever seen’, adding, ‘We think a number of records have been beaten. It is certainly our biggest ever winner on the horses in Scotland.’