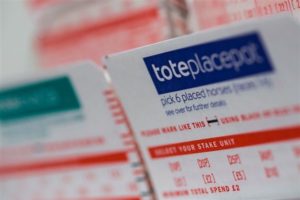 The placepot is not an accumulator in the traditional sense, insofar as it is a pool, or pari-mutuel, bet offered by the Tote, still largely owned by Betfred, for which the dividend is determined not by the starting prices of the horses concerned, but the number of winning tickets. Quite simply, the placepot requires players to select a placed horse in each of six consecutive races, usually the first six, at a single meeting and, like a traditional accumulator, offers the prospect of a large return for a relatively small outlay.

The Cheltenham Festival, held annually in March, features racing that is more competitive than any other meeting of the year, but that did not stop one anonymous punter from winning £182,567.80 for a single £2 bet on the opening day in 2019. The once-a-year punter, enjoying his annual pilgrimage to Prestbury Park, placed his placepot bet, as he has apparently been doing ‘for years’, and made a flying start to the afternoon.

Of course, by definition, the placepot is not just about backing winners, but victories for Klassical Dream, Duc Des Genievres, Beware The Bear in the first three races – in which no favourite was placed – did his prospects no harm. Second-place finishes for Melon and Stormy Ireland in the Champion Hurdle and OLBG Mares’ Hurdle, respectively, kept the dream of a mammoth payout alive and, in the 20-runner Close Brothers Novices’ Handicap Chase, it was left to 5/1 favourite A Plus Tard to make the first four places. Henry De Bromhead’s charge not only did that, but scampered away to win by 16 lengths and the dream had become reality!