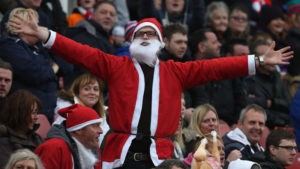 The ‘cash out’ option – which allows online punters to receive an amount of money back before the event on which they have bet has finished – was introduced to allow bookmakers to balance their books on advantageous terms. Depending on the likelihood of a bet winning, punters could, conceivably, be offered much more than their initial stake, but still far less than if the bet does actually win. Consequently, from the punters’ point-of-view, cashing out is always something of a ‘double-edged sword’.

Consider the example of an anonymous Betfair punter who, on Boxing Day, 2015, staked £1 on a 21-fold accumulator on afternoon and evening football matches. His selections include 18 matches that kicked off at 15.00, one that kicked off at 15.15 and two that kicked off at 17.15 and 19.45 respectively. A late goal scored by Olivier Giroud for Arsenal against West Bromwich Albion gave him 19 winning selections out of 21 and an option to cash out for £223,000, against potential winnings in excess of £1.2 million.

The astute, or lucky, punter took that option and, just minutes later, Myles Weston scored for Wycombe Wanderers against Plymouth Argyle in the 15.15 kickoff, making the scoreline 3-3, which it remained until the end of the match. Thus, the punter profited the tune of nearly of a quarter of a million pounds from a bet that, had he let it run its course, would have returned precisely nothing. Betfair spokesperson Naomi Totten was keen to emphasis how cashing out ‘gives customers the ultimate control over their bets’.